North American Mike Woods won his first grand tour stage in the 2018 Vuelta a España.  Riding up steep grades past throngs of cheering fans, through the mist on a forested mountain top, Woods persevered.  Rocking his bike back and forth, standing up out of the saddle, accelerating again and again, Woods pushed himself harder than anyone else could.  When he crossed the finish Woods was caught by his soignuer, who held him so he wouldn’t fall down.  Woods left everything out on the road.  His ride was an amazing display of how sport gives an outlet, a place to put our energies, crystallizing our will into a determined moment, overcoming life’s arduous circumstances.  Sport gives us the opportunity to show what the human spirit can do.

There were so many people on the side of the road today just screaming my name and my director was on the radio.  In the last 500 meters he just said do this for your family.  And, I did.  I did.  —Michael Woods on winning Stage 17, Vuelta a España 2018

Cycling it seems to me is so appropriate for the 21st century.  It elevates human living in so many ways, including Woods’ showcase of the triumph of the human spirit.  And it makes practical sense as a fitting, appropriate technology for daily living.  It’s self-powered mobility that’s clean, renewable, accessible, affordable, and quite fun for everyone.  From kids to families, all generations, young and old, including the many generations to come, cycling works wonders, and gives us a window into the beauty of the human soul and the everyday world we live in.

Professional cyclists used the Vuelta to draw attention to the necessity of increasing road safety for all, including bicyclists, pedestrians, and occupants and operators of vehicles.
http://www.cyclingnews.com/news/freire-leads-demonstration-for-tougher-spanish-road-safety-laws/

Mike Woods is on Strava, the social network for athletes.  You can view his day to day activities there.  From Toronto, Canada, he trains in Tucson in the offseason.  https://www.strava.com/pros/425147 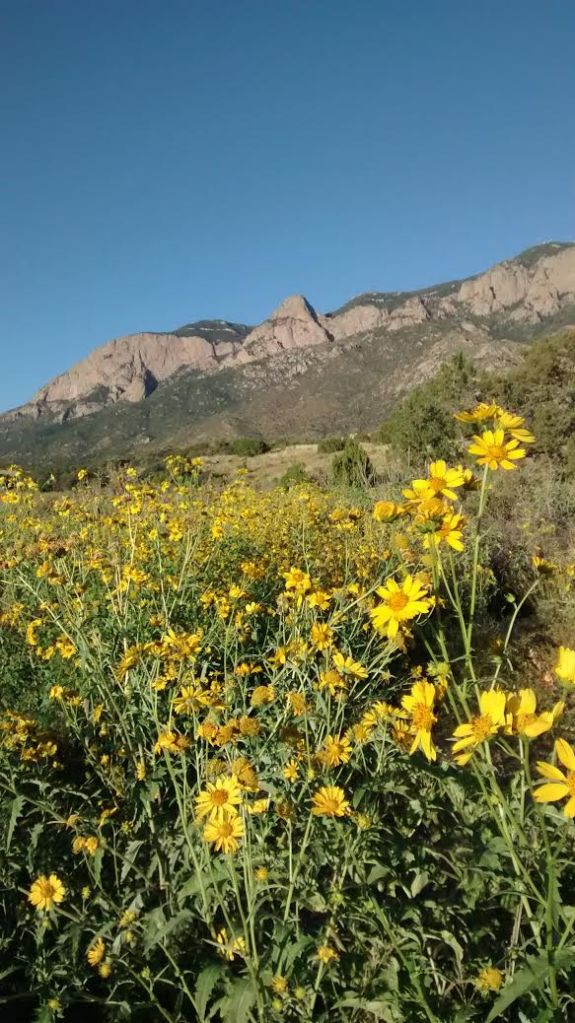 Somehow, against probability, some sort of indigenous, recognizable culture has been growing on Western ranches and in Western towns and even in Western cities.  It is the product not of the boomers but of the stickers, not of those who pillage and run but of those who settle and love the life they have made and the place they have made it in.  I believe that eventually, perhaps within a generation or two, they will work out some sort of compromise between what must be done to earn a living and what must be done to restore health to the earth, air, and water.  –Wallace Stegner 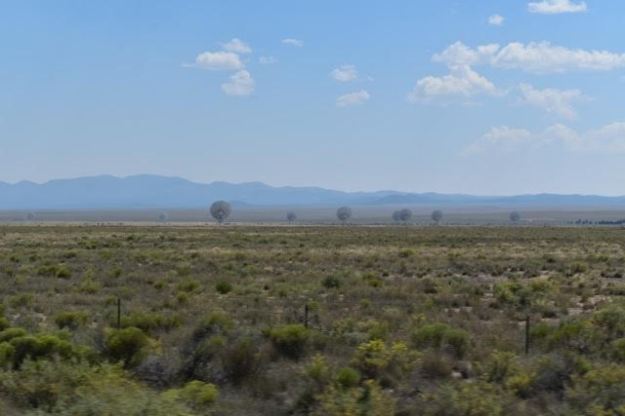 I was at the Iron Horse Bicycle Classic over Memorial Day weekend, and was reminded how the act of cycling restores to us a sense of our better selves.  On Saturday the road from Durango to Silverton is open only for event traffic, which consists of thousands of people cycling.  And on Sunday, in downtown Durango they build a BMX (bicycle motorcross) course on Main Street and run mountain bike, kids, and costume rides through town.  The city is designed for enjoyment. 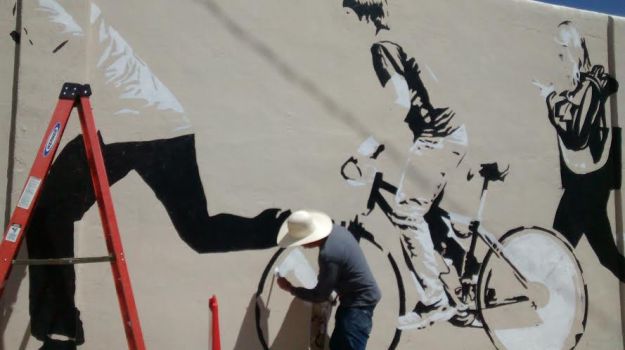 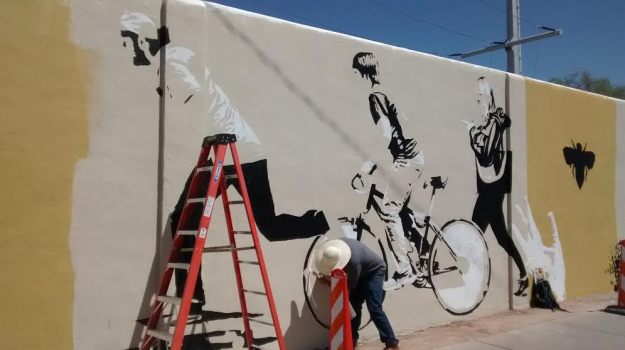 In this economy, what is circulating is people, and more specifically people filled with curiosity, joy and excitement.  Combine the human created atmosphere with the Animas River flowing through the heart of town, quaking Aspen stands, and the La Plata and San Juan mountains flying high on the edges, and you have what feels like a healthy community.  As my wife said, “the oxygen tastes good” in Durango. 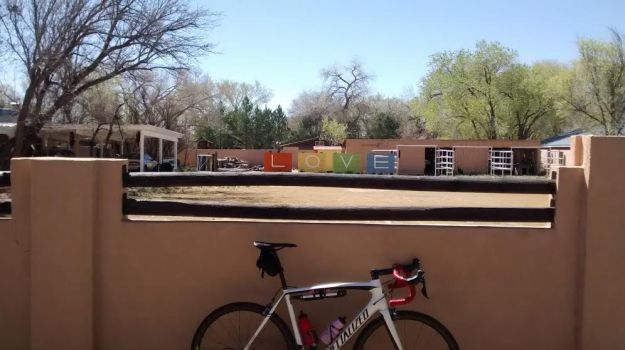 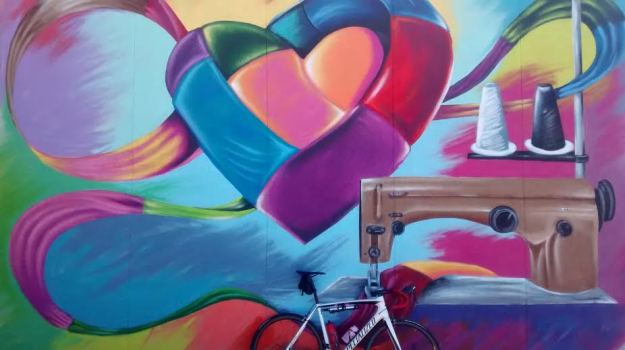 Contempt for the natural world is contempt for life.  The domination of nature leads to the domination of human nature.  —Edward Abbey, quoted in “River of Lost Souls: The Science, Politics, and Greed behind the Gold King Mine Disaster” by Jonathan P. Thompson

To put Abbey’s idea into positive terms, perhaps embracing our human nature helps us to appreciate greater nature.  When we get on a bicycle, our legs flow freely around in circles, the wind blows in our faces, and we breath in more of that sacred oxygen.  We feel good.  We move forward.  When I become more alive inside, I see more of the life around me.  Cycling fits here. 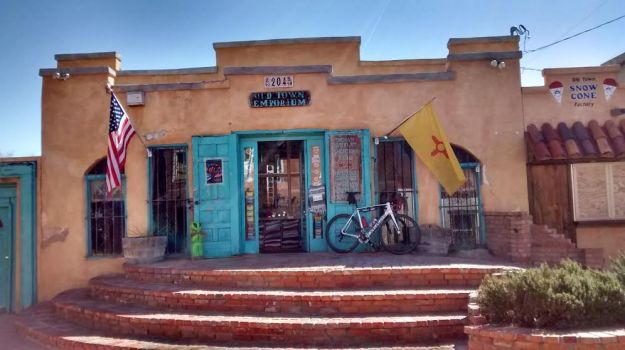 Health is a state of complete physical, mental, and social well-being, and not merely the absence of disease or infirmity.  —World Health Organization

Cycling culture is universal in the Netherlands.  It is part of the national consciousness.  They embrace all things bicycle.  In a country with less than half the population of California, they have many of the worlds top cyclists including Chantal Blaak, winner of the Amstel Gold Race and World Road Race Championship, and Tom Doumalin, winner of the Giro d’Italia and World Time Trial Championship.  Just as Norway’s love for winter sports was on display in the Winter Olympics, the spirit of the people of the Netherlands expresses through cycling, in sport and everyday life.  Cycling is a principle value the Dutch have built their communities around.  [I usually use my pictures for this blog, but the photos in this post are from the public domain, mostly of the Amstel Gold women’s race which takes place every April in the Netherlands]

The bicycle was the traditional vehicle for transportation in the Netherlands in the early part of the 20th century, accounting for about 80% of trips in Amsterdam.  Car technology changed that in the 1960’s, just like it did here in the U.S.  The Dutch decided in the 1970’s to comprehensively plan for providing service to people cycling, and that has made a big difference.  Cities are built for people on bicycles.  75% of secondary school children bicycle to school.  The Dutch educate their children to travel by bike with a traffic certificate program, which most kids complete by age 12.  This is part of the planning process, to instill confidence.  There is a public expectation that kids will be cycling.  The urban planners work with the traffic department and local communities to ensure that the roads, paths, and trails are safe for bikes.  This is very similar to the travel culture that I experienced in Japan–bikes and walking are thought through and planned as completely as other modes such as trains, buses, and cars. 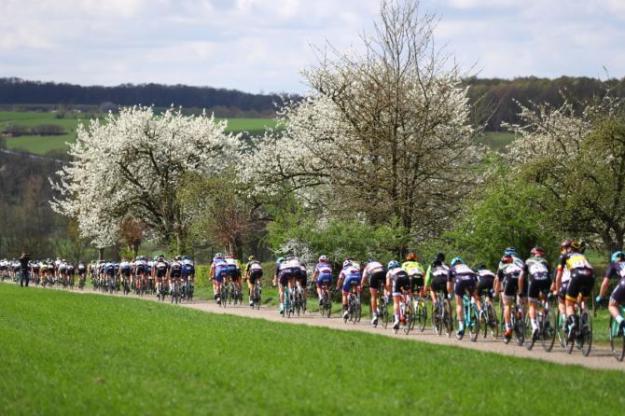 The results are pretty incredible.  By no means perfect, but they go a long way towards a happy, healthier and more sustainable society.  We have all the seeds in America we need for this.  Our Safe Routes to Schools programming started as a safe streets movement in a country nearby the Netherlands, Denmark.  We have many assets we can leverage including wide streets, space and our hallmark of ingenuity guided by science and a high regard for all people.  Our Constitution seeks to form “a more perfect Union, establish Justice, insure domestic Tranquility, provide for the common defense, promote the general Welfare, and secure the Blessings of Liberty to ourselves and our Posterity”.  Bicycling aids with all of these things, the American way.

Nothing great was ever achieved without enthusiasm.  –Ralph Waldo Emerson

When we celebrate cycling, I like to remember how it brings together the highest aspirations for our healthiest possible future.  It is about justice, equity, inclusion, freedom, equality, and building strong and responsible communities.  We can tell our young cyclists when they push those pedals the possibilities are unlimited.  You very well could end up on top of the world.

I came home from Sunday’s ride and checked cyclingnews.com for the results of the world road race championships.  This year worlds were held in Bergen, Norway.  Cyclingnews shared a helicopter-view of the last 4 kilometers of the race. It’s incredible seeing the landscapes—ships in harbor, fields, and rooftops, colorful crowds and cyclists racing around.  No other sport or activity infuses the physical world we inhabit on a daily basis with the effervescent qualities of the human spirt like cycling.  Among all the things cycling can do, certainly its ability to introduce us to the geography of the world, and show us the beauty of humankind in nature, carry incredible value.  Racing highlights cycling’s amazingly diverse and broad impact around the world.  It lifts the human spirit.  It’s a source of fun, learning, creativity and pleasure.   Artful brilliance.

And the view of the finishing sprint–

I feel free and comfortable when I’m on my bike.  –Coryn Rivera, from Team Sunweb

A 24 year old from Tustin, California, Coryn Rivera became the first American to win the Tour of Flanders this year.  Her first ride was at age 8 on the back of her parent’s tandem bike.  She started cycling on her own at age 9, but didn’t get much experience riding on the road until she got her driver’s learning permit at age 15.  Turning Pro at age 16, she’s won 71 US National Championships.  That’s not a typo!  And now she is performing at the world’s highest level.  Coryn also won the RideLondon Classic this year with her phenomenal sprinting skills.  Check out her Road Bike Training Tips on Liv Cycling.  What an amazing journey.  What a cool sport. 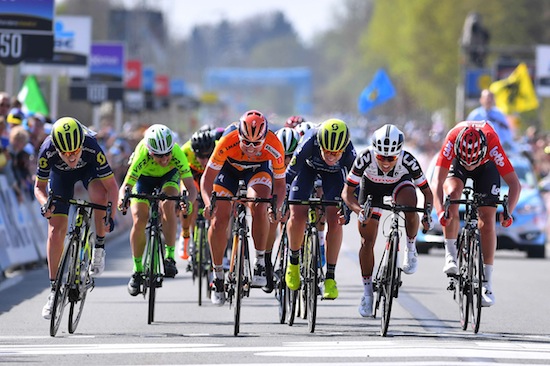 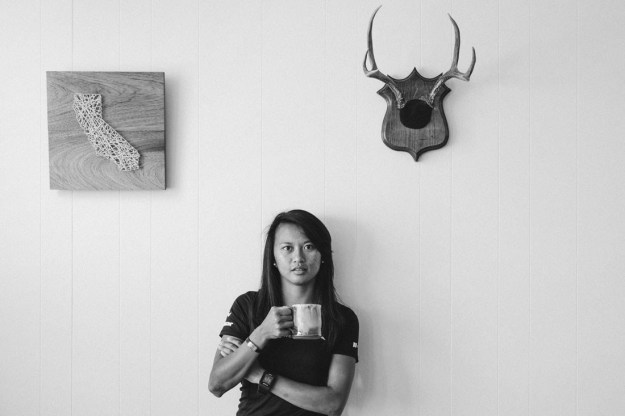